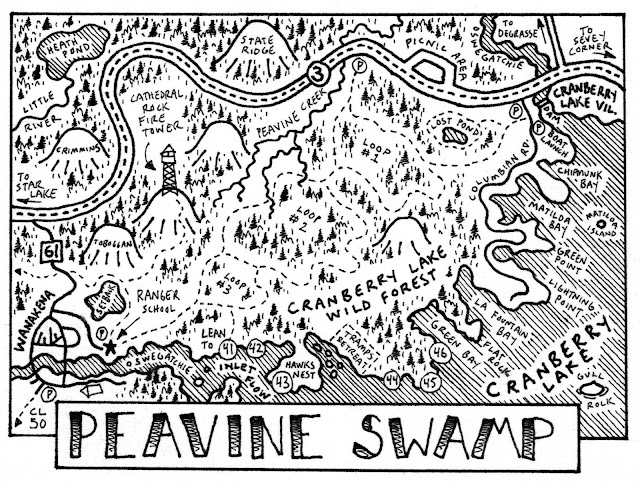 Historical sites such as “The Wanakena Hotel” or the “Morning Glory Lodge” have not been included in these drawings which seek to represent more of a current snapshot of the area. Though these drawings are essentially maps, they do not wish to function in the same navigational sense. Rather, these maps aim to re-think regions, destinations, and highlight smaller concepts such as bends in the river or passes between hills in relation to the larger whole. The drawings do their best to accurately represent current trails, junctions and destinations and serve as a jump-off point for planning and/or imagining wilderness exploration in the Cranberry Lake Region.

Postcard/prints of the series are available for purchase.