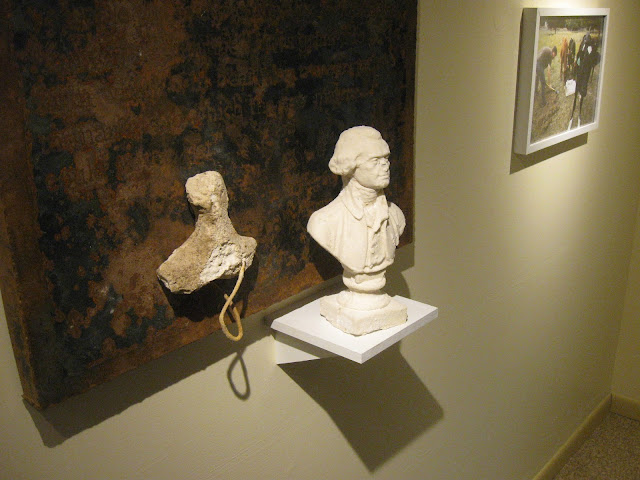 
Otto's Abode is pleased to present:

Disappearance of an Idea

When Thomas Jefferson imagined what the future of Virginia would be like, he had a vision of a land populated by educated yeoman farmers. He felt that enlightened citizens, trained in many fields, would be the only force that could maintain our democracy and the land upon which it was based. The natural educated citizen was the basis of stability in government, the basis of true morality, and the basis of the country’s freedom. Proper stewardship of the land was vital if the infant United States were to survive.

In the pasture of Willow Run Farm in Harrisonburg, VA I placed two salt licks. One, a bust of Thomas Jefferson, the other forms a rectangular slab set into the earth.   Within this slab hides a steel plate, a quote from Jefferson’s Farm Book is etched into the surface. The quote speaks of distillation as a way of preserving something that would otherwise be perishable. To distill something is also an act of purifying, or extracting the essential meaning from something; a material, a set of ideas, opinions, or truths.

When set in motion, the cows begin to consume the two salt licks. Over time, the image of Jefferson slowly disappears, while at the same time, his ideas (etched in steel) are being revealed. 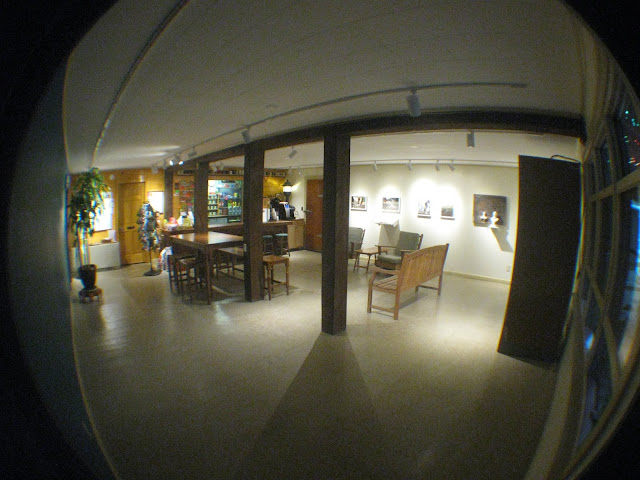