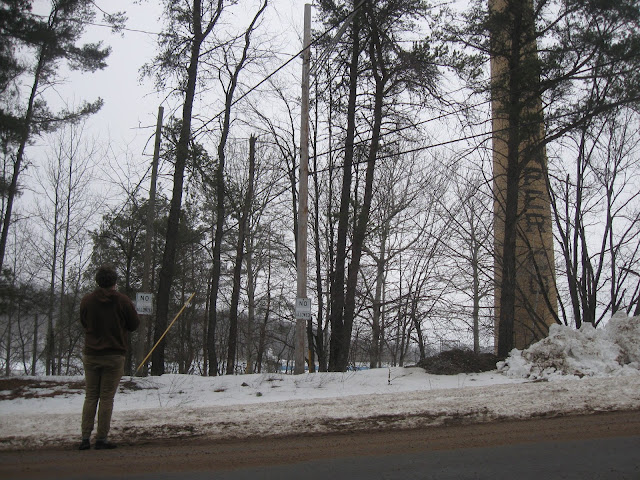 For one week Otto’s Abode hosted artist, academic and activist Jon Henry as he explored the region, shared a variety of goods and services, created work, and conducted research for a future exhibition.

Upon arriving in Wanakena Jon established Otto’s Abode as a Slag Mag distribution center by surprising Otto’s Abode with a weather-proof rack filled with previous copies of the quarterly reserving a satellite space for past and future in-print issues to be available.

During the week Jon engaged Otto’s Abode in an economic intervention by exchanging a cache of fifty cent pieces to be distributed to future customers as change. Along with attending local meetings, sharing enlightening films and readings, visiting and gathering information from people and sites throughout the region, back at the studio Jon manipulated sticks of butter resulting in experimental video and drawing, tattooed bananas, performed and installed within BOOTH and left the Abode with more than an impact. Thanks, Jon.
Newer Post Older Post Home