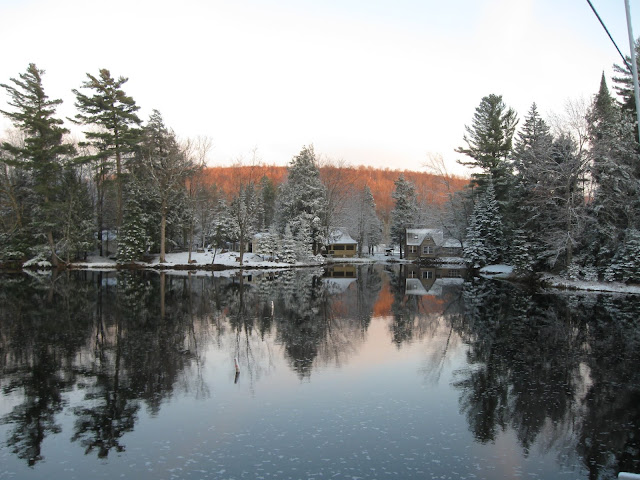 In an effort to “FLATTEN THE CURVE” Otto’s Abode will remain temporarily closed until further notice. This is our ninth week of being closed. (Wow, we really dragged this one out, huh?) Well, we’re happy to announce we will be re-opening next Friday, May 22nd @ 9am – stay tuned for regular summer hours. 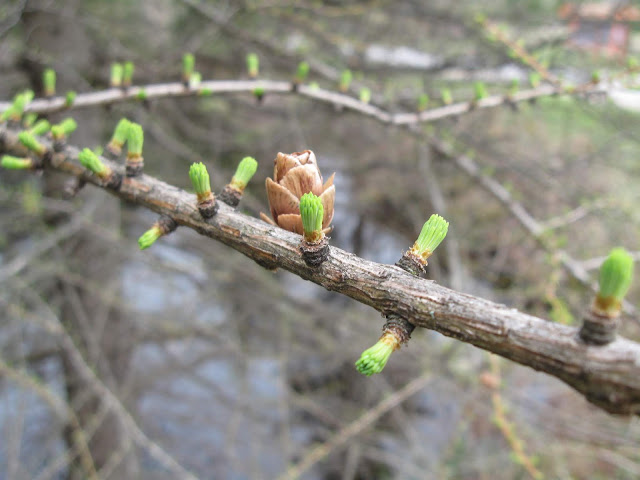 This past week’s weather in a nutshell: Last Week it snowed, and this week it snowed. And last Thursday was really windy! Wanakena got down into the 20s a few nights this week (brrr) and stayed low - 30s at night 40s and most days. It just keeps snowing! Trillium and Tamarack awaken! Fox with big old fluffy tail spotted up near the turn-off from 61 onto 3. Maybe it was actually a big red squirrel? Handful of cars at the Wanakena trailheads this week – some cold and chilly days and nights out in the BEAUTIFUL Five Ponds Wilderness. Weather is supposed to get warm’n’quick! A local sounds expert says the buds will pop so hard you’ll hear em! Warmer and rainy weather on the way through the weekend for sure. 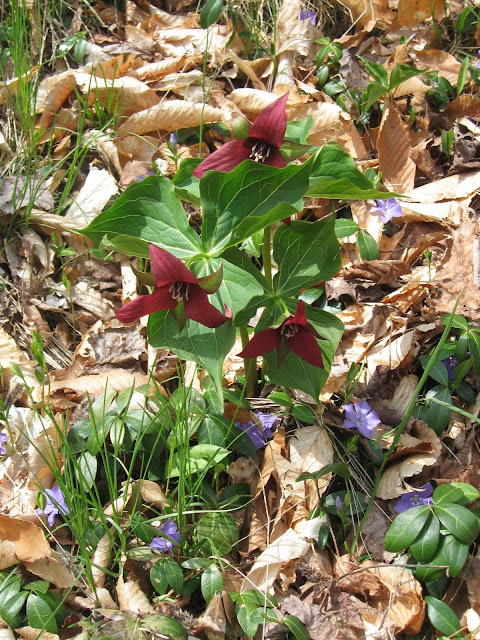 With warm weather comes warm weather activities - such as launching a watercraft. There has been an attractive Backpackers Magazine article circulating around local social media outlets this past week. The magazine featured in the shared post boats Cranberry Lake as a recommended destination for wilderness recreation. We wont argue with that. Cranberry Lake is the best – no doubt – but, we wanted to comment on something mentioned in the brief article. The magazine says the "trailhead" is Ranger School Road, Wanakena (44.1374,-74.9157). Without using a GPS device to find this exact location we feel safe to deduct that this is the well-known "boat launch" on the land-bridge between Oswegatchie/Cranberry Lake and The Setback. Right by Blackwaters Cafe. One thing we wish to address is the fact that there is NO regularly scheduled Adirondack Watershed Steward at this launch. We also want to acknowledge the significance that there are currently NO AIS in Cranberry Lake – the THIRD largest lake in the Adirondack Park. A truly magnificent lake whose shorelines are a majority public wilderness. Everyone knows this launch is a great way to get onto Cranberry Lake southern ends – with snowmobile, too. With that in mind we would like to use this platform to promote the concept of “CLEAN DRAIN DRY” (clean boat, drain boat, dry boat) as to prevent the spread of aquatic invasive species. It’s a big deal and we believe doing a little does a lot – in other words: the benefit of a healthy invasive-free lake is well worth the effort of taking an extra few steps with great/better care of your boat, canoe, kayak, snorkel, beach balls, etc… NOW. As they say: help stop the spread of aquatic hitchhikers. Or maybe write a letter to Paul Smith’s Adirondack Watershed Institute and demand a watershed steward be hired to check boats at the unprotected Wanakena boat launch mentioned in a widely circulated magazine. It would be advantageous to prevent introduction of new species NOW rather than try and REMOVE an aggressive and invasive species later once it has established itself - that's a proven fact. Woo hoo! Cranberry Lake on the internet getting kicked around like a hot potato! In other Cranberry Lake news: This Day In History: May 11th 1893. The Cranberry Lake postal name became Harewood for a nine-year period. (from St. Lawrence County Almanack, Vol 4, R. LaDuke. 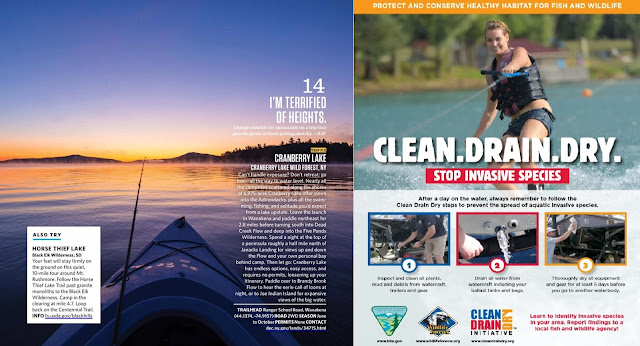 Thursday morning Wanakeners awoke to BEEPS, SCRAPES, BRUSHING, SCOOPING, HOOTING, ETC… the beautiful sounds of the Town of Fine crew collecting this past-winters-worth of sand dumped on the road. It’s a lot of freaking sand!!! They also collect lawn debris if one wishes to rid their property of organic matter. Shortly after they left – Thursday Afternoon- the WIND WHIPPED HARD – WOOOOOSH!!! The Town was back Friday Morning to dump some rock salt on the road (not more sand – they had just cleaned!) because it had snowed again, pretty darn cold, too. The snow melted quickly and the “Downtown” streets of Wanakena were de-sanded by Monday afternoon when the town returned to finish the job. THANKS TOWN OF FINE!! The place looks great! 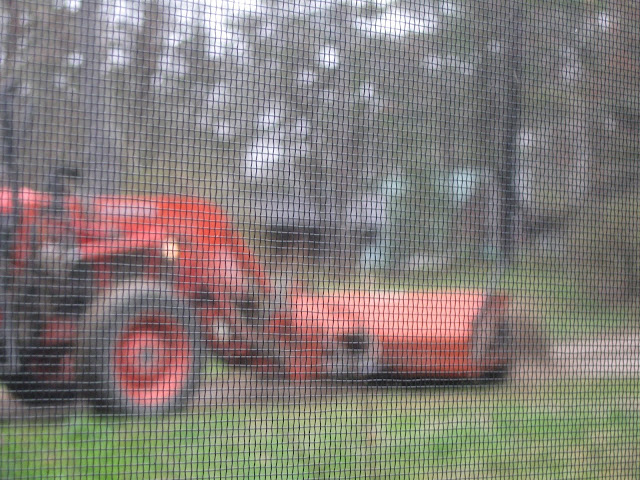 SUPPORT YOUR LOCAL ART SPACE!!! Pouring Light Studio in Malone, NY (about an hour and a half northeast) is closing its doors forever – but NOT because of Corona/Covid19. The gallery, movie house, live music venue, art studio, beautiful tile floor, tall, tall ceiling (pressed tin), the back wall was made of gray stone. Michael Hart – PLS owner and operator for 10 years – had painted the walls a dark dusty cool green gray. Michael works with glass – though, I’ve never actually seen him play with glass – only seen the glass sculpture he has created which was scattered about the gallery of PLS and Michael’s back-room studio. The space felt vast when you walked in; a cool, quiet cave right off the bustling main-drag highway that runs through downtown Malone. Michael has run the place for ten years, it was time. Michael has exhibited his own photography here at Otto's Abode. He has also loaned us other folk's artwork to be exhibited here. Michael and his band FIGURE FROM GROUND has also performed LIVE here within Otto's Abode. We wish Michel well onto his next adventure. Here’s a new Malone newspaper article about the place closing-up: https://www.mymalonetelegram.com/top_stories/malone-s-pouring-light-studios-closes-after-10-years-as-community-arts-hub/article_a51892a5-2e39-54e5-a3e7-e69a147df5be.html

Also, a message from Michael: 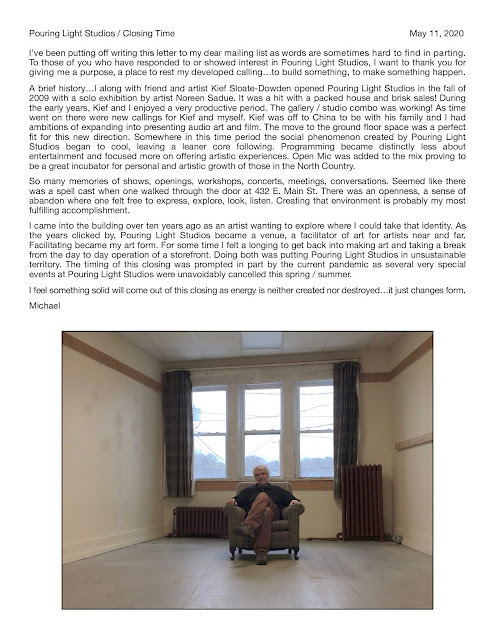 Have you seen that car bridge lately?! Jeeeeze Louiiiise!!! It’s floating over the river!! Or rather: dangling. It's structurally sound and dangling. The word on the street from an unnamed source who spoke with the project engineer is that the structure - as we see it now - will be the bridge in its entirety. It is all put together. Using cantilevered force, the bridge is suspended over the river by its own weight and has been placed in this location by rollers strategically located by trained engineers. Roll that bridge out! They are just gonna roll it out - can you believe that?! Friday is supposed to rain, so THE BIG PULL is supposed to happen Monday. Unbelieveable! And as we say here every week: "WE"LL BE DRIVING OVER THAT NEW BRIDGE IN NO TIME!" 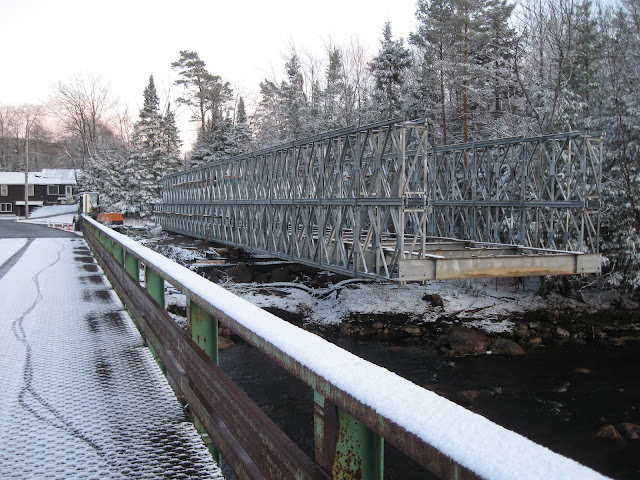 C’mon down! We’ve got the coldest stuff in town! Fresh Ice delivered from Alex’s Ice in Massena. It may not be the prettiest machine, but, man that stuff is cold! Check it out – Wanakena next to the Pepsi Machine, which is next to Public Restroom (still closed for the season but should be opening up soon, we heard). Which is next to the flagpole. Which is next to the Gazebo. Which is across the street from the Oswegatchie River. 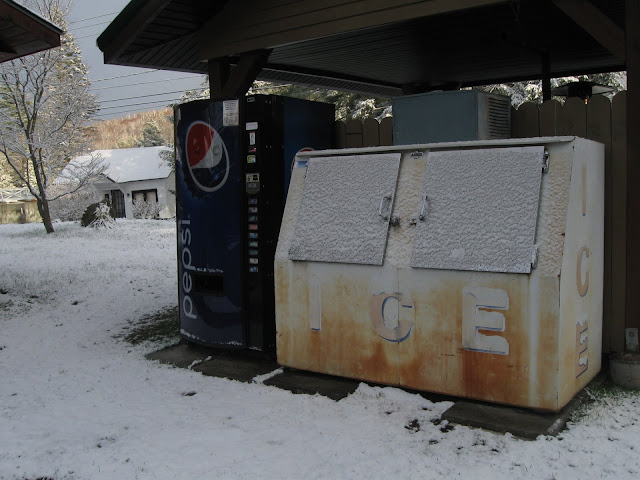 Over the past few weeks the Wanakena Weather station has NOT proved useful for us here at Otto’s Abode in Wanakena. When we would go on the internet to look for Wanakena weather’s normal station would read “TWITCHELL LAKE” instead of “WANAKENA”. Or, rather: “PATTIJACKNAN”. PATTYJACKNAN is named after the three fearless Wanakeners who – last spring – took it upon themselves to ignite the internet with their own weather station atop Patti’s rather-tall radio antennae. Groundbreaking work! Well, as we say – IT WASN’T WORKING. So we filed an official report with PATTIJACKNAN and heard back that the problem is on our end but that there may be some tower maintenance performed sometime in the near future. For now we were sent this link: https://ambientweather.net/dashboard/177dd1a1acf0f784177a57fa4377c285#forecast_graph 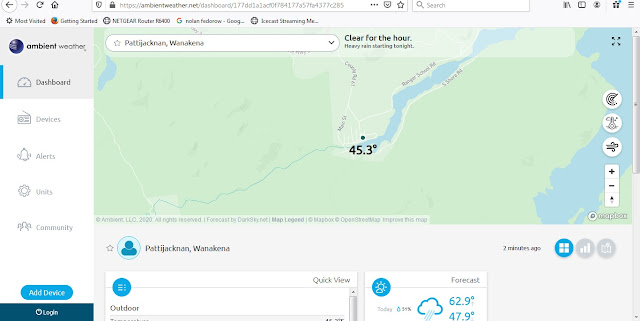 Blackwaters Café in Wanakena, UB’s Mercantile in Oswegatchie, Adirondack Pharmacy and Circle K in Star Lake, Mountain Gate Redemption near Benson Mines, Stone Manor Diner in Cranberry Lake and Sevey Point remain open for business in one way or another (open, take out, pick up, drop off, etc…). Post Offices are open, too (thanks, Mary!).

Kim’s Lost Dog Report: There are currently NO lost dogs in Wanakena. 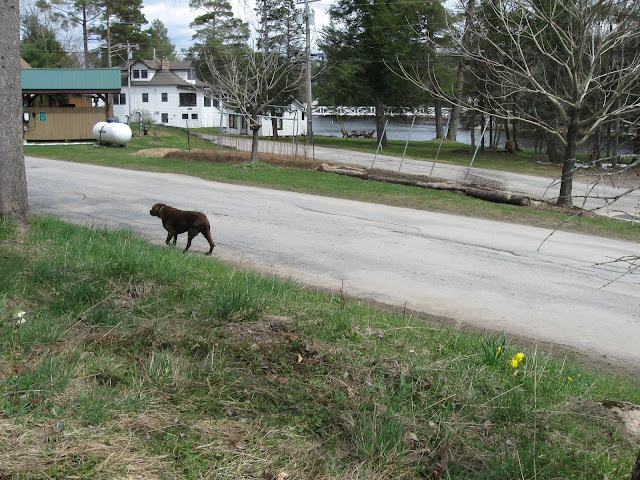 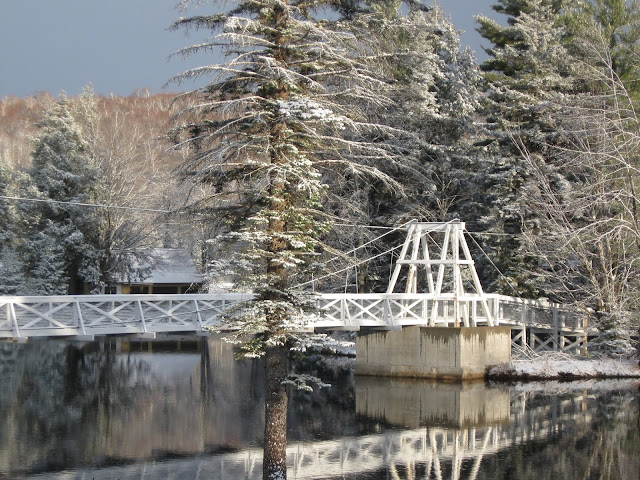