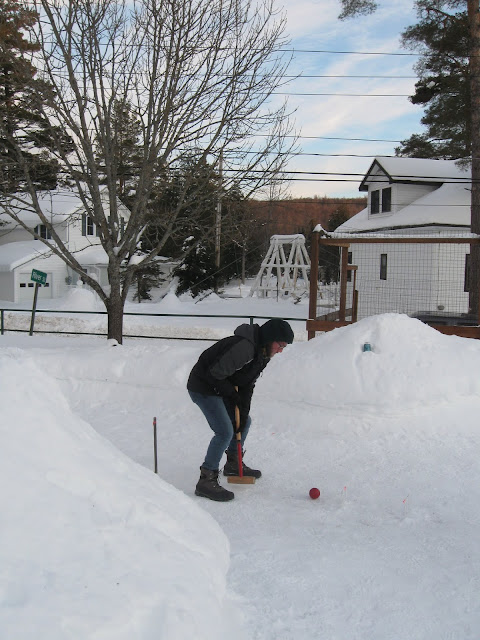 Happy Thursday!
A fresh dusting of snow – though, not as much as forecasted - coated the village just in time for The 6th annual Whiteout Weekend. A BLAST of cold cloaked the village over the weekend with temperatures dropping below zero through the night, though warming up by the end of the weekend into the thirties. Single digits Monday evening. Warmer Tuesday and Wednesday as heavy winds blew in causing a VILLAGE-WIDE POWER OUTAGE Wednesday night around 10pm. The cause of the outage has yet to be determined, though, most likely a tree fell on some wires. Or squirrels. Power was restored before sunrise, though, the cold and wind persisted. Wankeners woke up to zero degrees and BRIGHT SUN this morning. Everything is very icy making walking around a bit of a hazard - don't let the chickadees above your head force you to loose your focus! See image below where snow was blown away leaving only the thin layer of ice that once coated the snow; snow ghost. 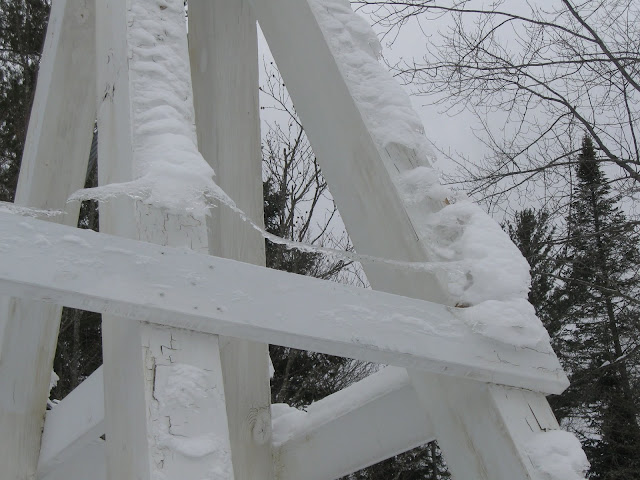 HAPPY FOURTH BIRTHDAY OTTO’S ABODE! Four years ago we emptied everything out of the Wanakena General Store. Otto's Abode first opened our doors to the public during the 2nd annual Whiteout Weekend featuring a photography contest organized by the Wanakena Historical Association and enjoyed the sounds of Rustic Riders live folk music delights. It’s been an excellent four years – have met many wonderful people and learned a lot along the way. Thanks to everyone for all the support. Cheers!

What can we say? Whiteout Weekend went by too quick! Festivities around Wanakena kicked off Friday evening with WOW volunteers setting up the luminaries across the footbridge, lighting up the shortcut from 2nd Street to Ranger School road as “Lovers Lane”. **watch out for snowmobile traffic! We heard a report folks had to LITERALLY dive out of the way as to not become squished**. The Wanakena Historical Association’s Outdoor Sculpture Contest was officially on-view featuring outdoor sculpture by six participants – all Wanakeners. So, who won the contest?! Who knows. There was a Fourth Birthday BASH at Otto’s Abode where folks strolling around the village could choose to make themselves at home and participate in the revelry - croquet and clapping ensued through the night around the bonfire as the temperature dropped; croquet wickets make an interesting sound when balls ricochet off of them below zero degrees Fahrenheit. The croquet course was very nicely developed, a nice frozen hard-pack surface allowed for some accurate play. Although many games were played, no one single noticeable CHAMP appeared over the weekend. Black Waters Café and Trading Post stayed open way your bedtime, slung some slop and hosted live music by Rick Kovaks and Jamie Savage. What if they called themselves Savage Kovaks? Or, Kovacks Savage? The Whiteout Weekend Facebook Page has lots of photographs from the WHOLE WEEKEND courtesy of various business and organizations around the Clifton-Fine Region HERE. 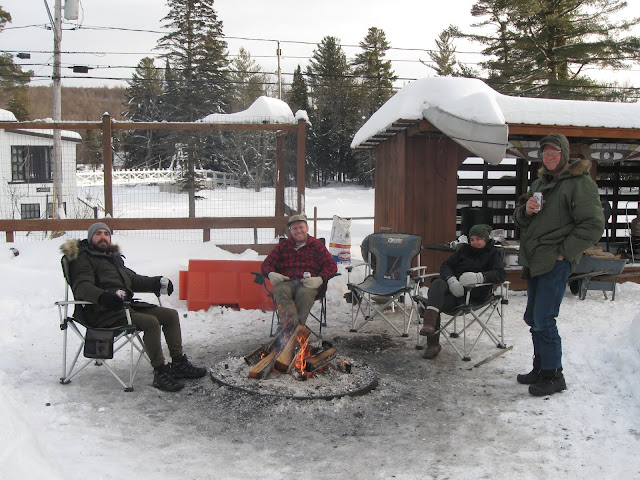 BRIDGEWORK – Over the past weekend workers and their trucks could be seen and heard clangin’ and bangin’ away installing THREE brand new telephone poles. One on the south shore and two on the north. You can smell the creosote cooking in the sun.

“Well, what do you suppose that is?” remains on-view at Otto’s Abode through March 8th. We’ve all got ‘em, we’ve all seen ‘em. Maybe you found it at a flea market and bought it even though you didn’t know what it was. Maybe it hides in your kitchen drawer or hangs on your wall. Maybe you know what it is, maybe you don’t. Mysterious tools. Strange artifacts. Gorgeous garbage. Oh my! Objects will be on view during regular hours at Otto’s Abode in Wanakena for the public to ponder Thursday Feb 6th though Sun March 8th, 2020. A closing reception celebrating the objects will be held Saturday March 7th 5-7pm. Friends, snack, drink, music, free and open to all! 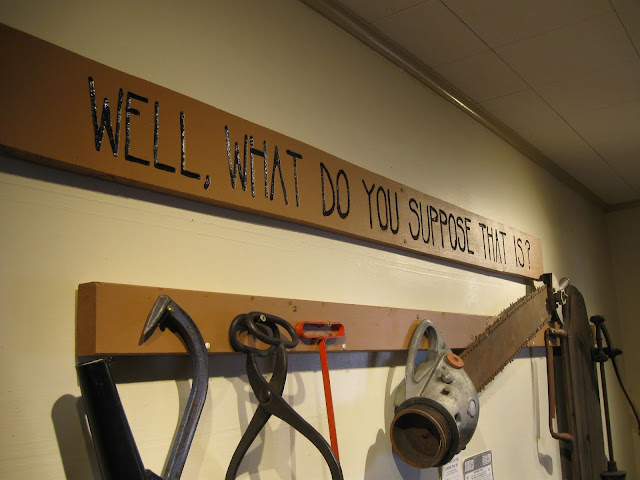 Kim's Lost Dog Report: There are currently no dogs in Wanakena. ALTHOUGH, a sun dog was spotted looking west off of the Footbridge. Here: 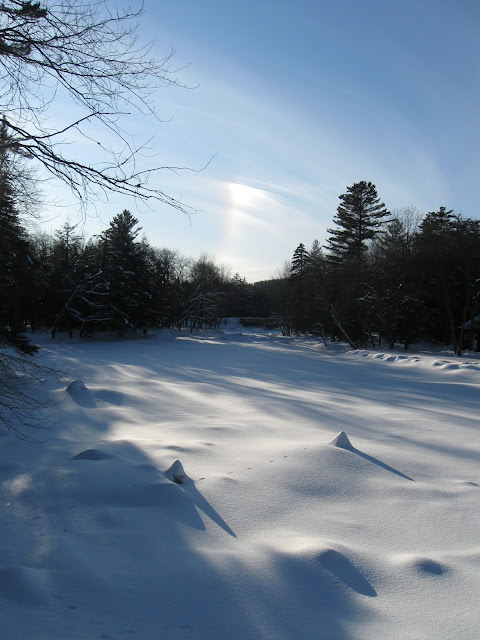 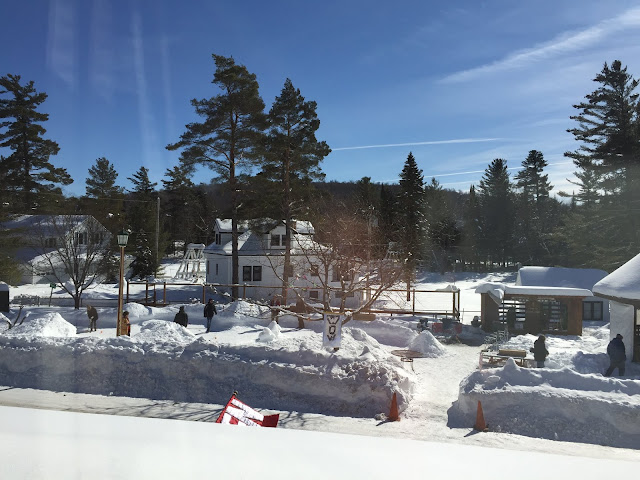