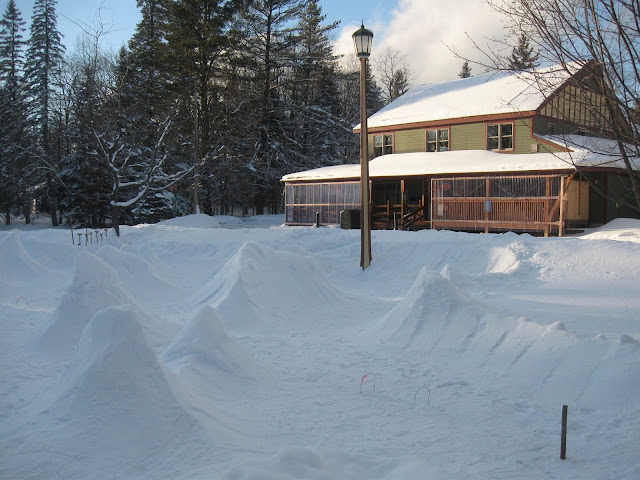 Otto's Abode is located in Wanakena, NY next to the post office.

How to get here:
By Road: Forty miles south of The Rock, nearly halfway between Watertown and Plattsburgh off of northern New York's Route 3 at the end of short connector county road 61.
By water: Up the Oswegatchie River from Cranberry lake and down the Oswegatchie (via Moore carry) from the Five Ponds Wilderness
Other: Various hiking, and snowmobile trails will take you to Wanakena. Right along the Cranberry Lake Fifty. From they sky? Look for the santa rosa labyrinth. 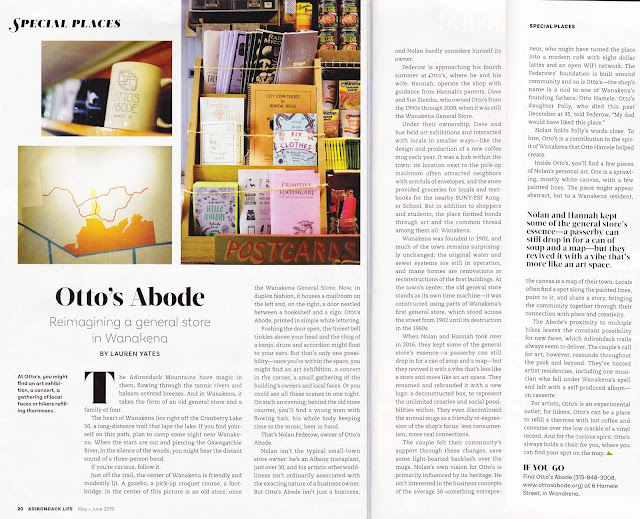 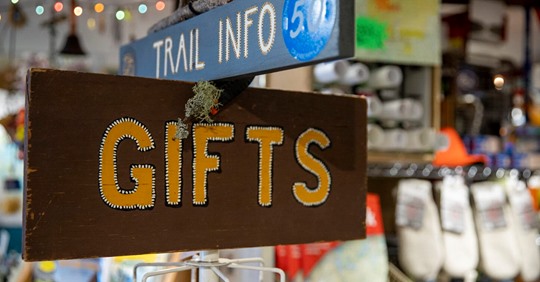 Traversing the densely forested and winding portions of Route 3 in the northwestern Adirondacks can be beautiful and isolating in the winter months.

You are off the grid.

But between Cranberry Lake and Star Lake, just off St. Lawrence County Route 61, in the hamlet of Wanakena, Otto’s Abode aims to be not just a beacon of light during the desolate months, but one in a series of “Stations without a Signal,” according to owner Nolan Fedorow.

Rustic and modern, historic and contemporary, Otto’s Abode is both a gallery and a general store where you will find abstract and functional art while happening upon an in-house concerts while buying things like soap, snacks, maps, eclectic music or handmade walking sticks.

The place is named after J. Otto Hamele, who came to Wanakena in 1901 to work as a millwright for the Rich Lumber Company and later helped to secure the land used to establish the state’s Ranger School nearby.

To compartmentalize Otto’s Abode under one category is impossible, Federow said, after describing the complex makeup of what the store started as, what it has become, and where it may be headed. “Stations Without a Signal,” his new project, is what he said Otto’s Abode is all about.

“We aspire to be a radio station, but the way I like to think of it is, we’re just live, now, here,” Fedorow said. “Instead of turning on the radio, you’re here, now. So we’re a station without a signal.”

He said the project fits with the longstanding tradition of people coming into the former Wanakena General Store, whether that be locals getting coffee and the latest news in the community after picking up mail at the post office next door, or hikers heading out, pit-stopping or completing the 50-mile hike around Cranberry Lake.

Fedorow said he wants to travel the Adirondacks to create a database of similarly situated local shops and stops.

“It’s much more than just a public bathroom and a store,” Fedorow said of Otto’s Abode. “People come in and need directions. We’re a lost and found. You got people just popping in to see what is going on.

“I have people from all over the world that come back 50 years later,” he said. “I have people that sit here and tell me amazing stories of the woods from their childhood and just blow my mind for two hours and then I never see them again."

Fedorow and his wife Hanna, both 33, took over the old Wanakena General Store space four years ago in February, when the previous owners were giving it up. He said his goal was to put his Master of Fine Arts degree to work turning the space—a general store since Wanakena was established the early 1900s—into a white-wall gallery and concession stand.

He said his in-laws, David R. and Susan J. Ziemba, who both previously operated the store and own the building that houses it and a neighboring post office, encouraged the idea.

“Actually he is doing the same thing I was doing but with a different spin,” David Ziemba said. “He’s keeping the space open and alive. It’s handy with the post office being right there in the same building.

“And the reason we started doing music is the same thing, basically I wanted people to come in and look. They wouldn’t come in and buy a lot of stuff, but they would come in and we would have shindigs . . . whenever we could, it was just to get people together and that is what we wanted to do.”

Ziemba is a regular fixture in the store, like year-round Wanakena residents Wayne Allen and 85-year-old Robert T. “Red” Northrup.

Allen has been in Wanakena since 1978 after getting out of the Army and attending the Ranger School, where he continued his career as a 15-year forest properties technician and then teacher.

“It gives us all a place to come and sit and talk, which I have always done with all of the store owners,” Allen said.

Originally from Ogdensburg, Northrup said he remembers the store from its previous existence, across the road.

And while the locations have changed, the camaraderie has remained the same.

“It’s been quite a long while, the friendship here,” he said. “We don’t seem to lose that. Of course, they keep up on what is going on. When things change, you heard it here. We like it and we like the changes they made here.”

Fedorow found Otto’s Abode to be more like a work of art than a store, one that continues to evolve through many facets, including through the inspiration of the community.

He takes inspiration from the wilderness around him and correlates that into running Otto’s Abode, to create new ways of seeing his surroundings: turning maps of the area into art, or curating and creating installments Iike “Stations Without a Signal” and “Gateway to Wilderness,” where he invites other artists—painters, writers, performance artists—to stay in a cottage while creating Adirondack works that are displayed throughout Otto’s Abode.

He doesn’t advertise much, he said, because people find the place on their own and he enjoys their reactions.

“I like to keep it kind of under the radar,” he said. “I don’t put a lot of pictures online because I want people to come in and be like, ‘Whoa, this isn’t what I imagined.’”