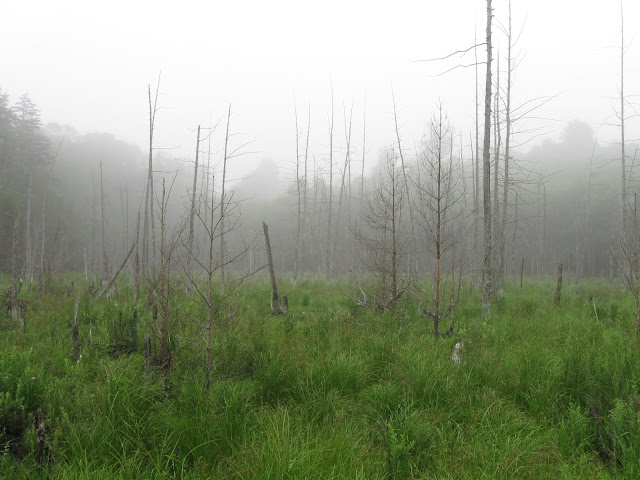 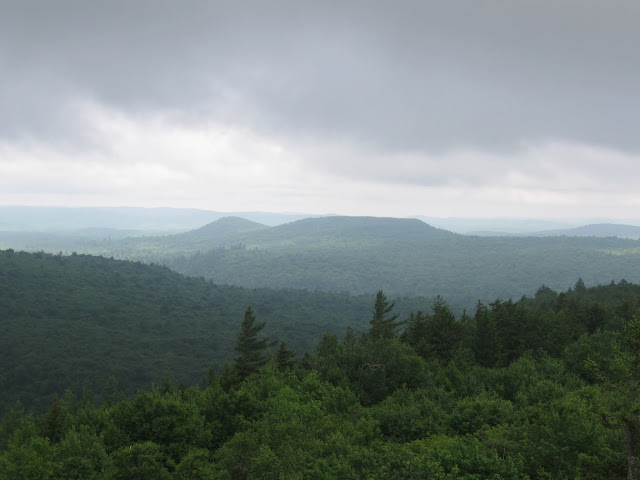 This past week’s weather in a nutshell: Hot. It’s been hot. It’s been good! Forest ferns unfurled. Deer fly in full effect. Had some drizzle here and there. 80s. Humid. Father and son coming back down from a canoe trip up high falls reported FIFTEEN beaver dams and chipmunk chasing toads and hummingbirds. Wanakena village remains to be overtaken by MICE. Flowers abloom all over town! A big yellow Full Moon! Fireflys! Hares a’hoppin. Hiking trails dry and parking lots jammin’full. DEER FLY!!!! Sailboat on the river sailin! People peopling!! Later in the week Bill G. was out with extended clippers keeping the naughty parsnip around Mill Pond at bay. 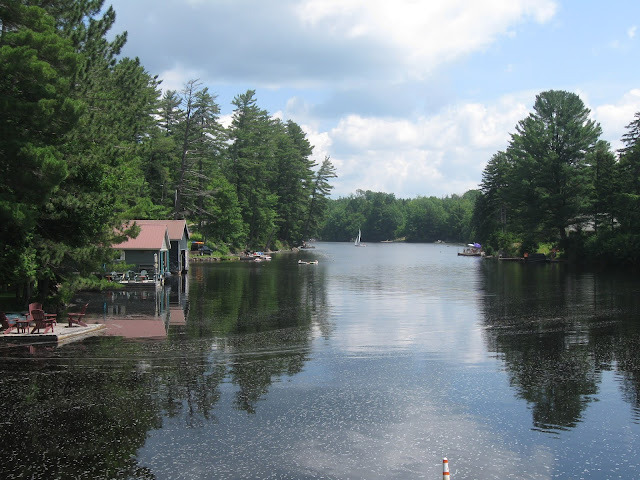 Wanakena hasn’t gone above 90… Thursday it might. YOW! Some sort of thunderstorm system seems to be moving into town over the weekend. Weekend temps in the 70s and down around 60 at night. This weather forecast is brought to you by Wanakena’s own PATTIJACKNAN weather team – a Wanakener garage pole mounted weather station and crew. THANKS, TEAM! This weather station can be found at: https://www.wunderground.com/weather/us/ny/wanakena/KNYWANAK8 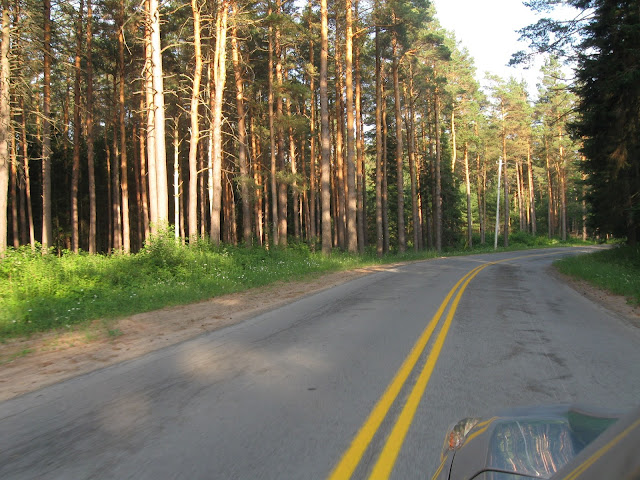 FOURTH OF JULY Has come and Fourth of July has gone. A Cranberry Laker who popped in the shop said he had never seen such a big party over on that side of the lake. A healthy handful of Wanakeners met-up down at the dock to Big Pine. Some maps show it as the Livingston Spring Hole. Right at noon. Boat down, canoe, kayak. Some partied, some hiked in from the trail down at the end of South Shore Road. It was a really nice time! We were there! The big push for this gathering to come to fruition was the fact that there would be no Fourth Of July Parade (Wanakena’s biggest party). An alternative social distance gathering was in order. The weather was fantastic, and the bugs left us alone. Folks were fishing, snacking, sipping, swimming, lounging, etc. Bo may have said it best: “It was what was needed, it got everyone together”. Responsibly we might add. Later that evening fireworks could be seen and heard all up and down the river. A spectacular show was put on by a certain Wanakener who decided that since there was to be no parade that a BIG fireworks show was in order right downtown. Happy Fourth, great job everyone!

Bridgework continues! Work remains on the quieter end of the spectrum. Quieter as compared to all the slam-banging during the temporary bridge construction and old bridge deconstruction. Those were the sounds of spring. Prep work for the abutments continues. Cement trucks rolling though the village all day Wednesday. Progress for sure! The temporary bridge usage has become common practice for everyone. One possible hic-up remains in the fact that it can be challenging for a bicycle to trigger the traffic lights. This leads bicyclists to choose between running the gauntlet of the carbridge or risking bumping into someone on the footbridge, THIS IS NOT AN EASY DECISION! SAFETY FIRST!

Over this past Fourth of July weekend Otto’s Abode needed to dial the emergency Ray Brooks Dispatch Emergency Hotline. Yes! Otto’s Abode was able to aid in the reunion of mother and injured son. You see this Massachusetts resident came in the shop and said she had received a call from her son – who was doing the Cranberry Lake 50 – that he has injured his ankle and called the Forest Rangers to be rescued. All she knew was that he was on the trail and called for help. Now she needed to find out how to get him, where he would be. So we called some numbers and finally got through to someone via the RAY BROOK EMERGENCY DISPATCH at 518-891-0235 (write it down). They said that they were heading out to Janacks Landing to get him and would be taking him to the Star Lake Hospital. Later in the weekend folks from Arnold's Point were in the shop and commented that they saw the Cranberry lake Fire/Rescue boat FLY DOWN towards Dead Creek Flow/Janacks Landing. People often come in the shop asking if there is a Ranger Station near by where they can buy a map and get some info. We’re not rangers but we do our best to be here and have the information to help those entangled or soon-to-be entangled with the surrounding wilderness. Station without a signal. 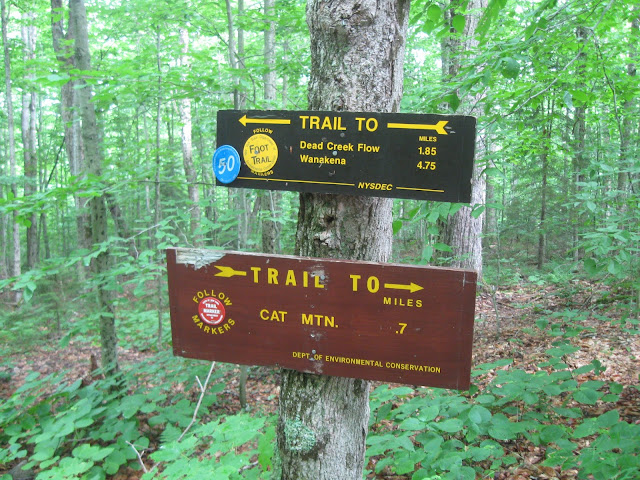 Two springs ago a storm blew over a large hemlock on the south shore of the Oswegatchie – halfway between the carbridge and the footbridge. The tree fell north into the river and laid there half submerged all last summer. It didn’t cause any harm. Since then it has worked it way down The Oswegatchie. At one point it was right under the footbridge. It currently rests just past the bend in the river between Blackwaters Café and The Footbridge. There is an old log there that turtles and ducks love to squat on. The “new” tree has been jammed up in the river right alongside the “old” log. Log Jammin'. It’s hard to imagine anything that would really make it move again. Previous reasons included an ice jam, heavy rain, and the dam raising the level of the lake. The hemlock appears to be locked and hemmed in space. 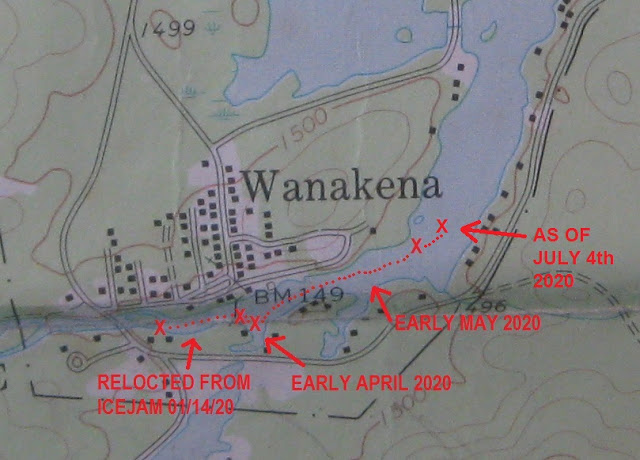 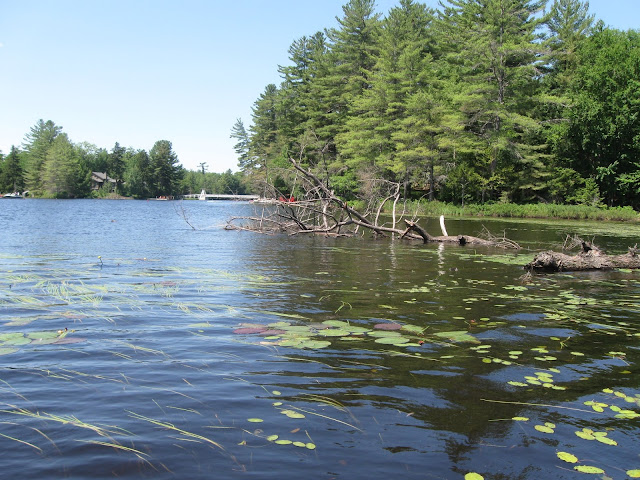 Does the name Chris Stott-Rigsbee sound familiar to anyone? How about Adrian Aardvark? Yes! Plattsburgh freak-folk musician/artist Chris Rigsbee did a sweet interview with New York Makers blog. Chris Stott-Rigsbee has performed at Otto’s Abode a handful of times over the years. AA album for sale down at the Abode. Check out his music, check out the art, check out the interview. Below is a picture of Adrian Aardvark rockin’ Otto’s Abode last spring and here’s a link to the interview: https://newyorkmakers.com/blogs/magazine/turning-to-music-a-conversation-with-christopher-stott-rigsbee-of-adrian-aardvark 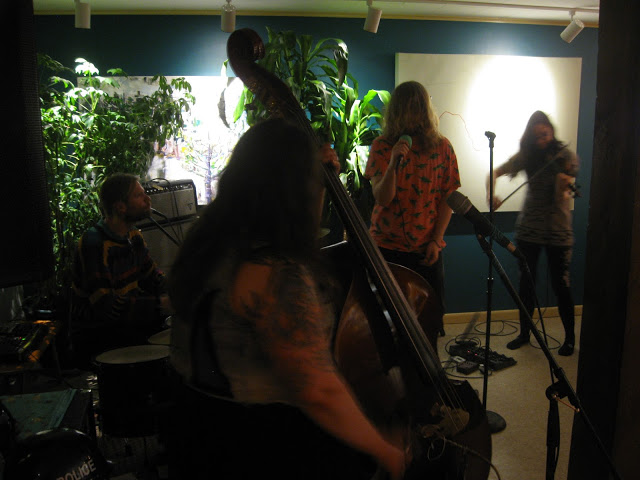 Down at the Abode we’re celebrating TWENTY FIVE YEARS since the Microburst. We even got TShirts. Had to do it. Let us know if we should mail you one. $20. We’re planning on holding a picnic out in the Gazebo Wednesday morning the 15th at 5:15 am. We did it five years ago at the twentieth anniversary – folks brought out some really neat newspaper clippings n stories - and will do it again for the twentyfifth. We’ll make a bunch of coffee but you should bring your own breakfast (if you want). 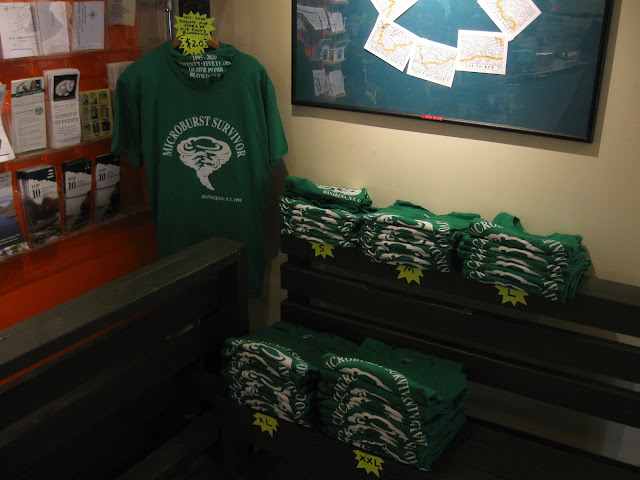 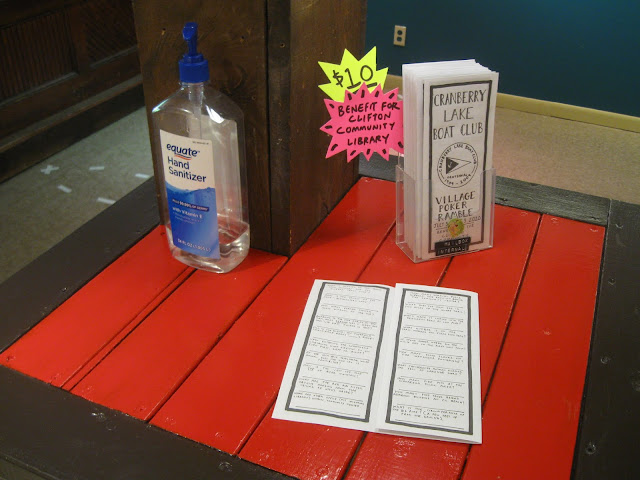 Blackwaters Café and Trading Post in Wanakena is open for pick-up/take-out Wed, Thurs, Fri and Sat 11-6:30 pm. Picnic tables and port-o-john out front! Picnic tables out back by the river, too. Order though their take-out window or better yet do it online at their website www.blackwaterscafe.com Someone said Packbasket Lodge in Wanakena was renting rooms.

The Clifton Community Library in Cranberry Lake is closed but hosts via Facebook Live bedtime stories most nights read aloud by Ms. Kate the Librarian! Also from the CCL Facebook page: “Community wide scavenger hunt!!! From Windfall to Oswegatchie, from Fine to Cranberry Lake--put your peepers on and prove you have 2020 Vision!. I'll be putting paper forms in the CL post office shortly, and then hitting the road to drop off paper copies in Wanakena (Otto’s Abode), Star Lake, Newton Falls, and wherever else we can! I hope you have a great time--first prize is $50 to either Todd's, UB's, or Stone Manor. #2020vision Have a GREAT time and remember that you have to enter via the Google Form listed at the top of this sheet.” https://www.facebook.com/cliftoncommunitylibrary/

Kim’s Lost Dog Report: As of today there are NO lost dogs in Wanakena. Someone did loose a knife, though. Glasses down at the beach, also. Have lots of unclaimed sets of keys from over the years as well. Woof! 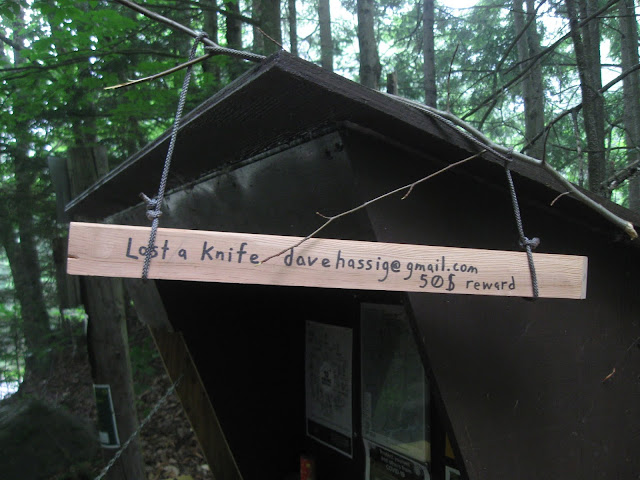 "The weather stayed so clear and warm,
that that grandmother swam yesterday morn."
-unknown A LETTER TO THE EDITOR:

"I am willing to contribute a high quality, archival photograph of a deer fly, suitable for framing, as an additional prize.

Also, to "normalize" the number of fly's caught and make the submissions comparable (and potentially suitable as research contributions to future deer fly population counts, tagging projects, and migration studies), I suggest that the number of flies caught be divided by the number of hours the fly tape was exposed . This results in a flies/hour metric comparable across all methods of collection.

Since there do not seem to have been other deer fly contests, Wanakena will set the standard for such contests in the future. It's probable that the contest will eventually evolve into deer fly contests across the country, perhaps the world. And it is also possible, even probable, that they will evolve into more scientific deer fly "counts." We know that the first execution of a procedure or method typically becomes the model for future methods until a better method is developed. Also, it's not unusual that a particular procedure or scientific event/discovery is named for the person or community in which it was first practiced or noticed. One example is "Lyme Disease." Marconi's radio was first called a "Marconi." Restless Leg Syndrome is now called the "Epstein Barr Syndrome" after the first people to describe the syndrome. On a more positive note, future deer fly contests that lead to deer fly counts might be known as the "Wanakena Counts" or "Wanakena Deer Fly Studies." It is even conceivable that college laboratories could be named, "The Wanakena Deer Fly Studies Laboratory" and centers of study called "The Wanakena Center for Deer Fly Studies."

In addition to the potential for community, educational, and scientific recognition provided by the "Wanakena Deer Fly Contest," there are the potential economic benefits. A very rough estimate is that commercial profits (general store, lodging, restaurant profits, increased property values) could be substantial. For example, Punxutawney, Pennsylvania has benefited greatly by the annual weather forecasts of Punxutawney Phil. Even though everyone knows the annual Spring ritual is a hoax, they play along by giving the town their recognition and money, even to the extent that a popular movie has been made about the event. This is possible for Wanakena.

The S.W.A.G. estimation method indicates that an accurate economic estimate of a deer fly contest is impossible to make - but it is certainly an amount worth working for. One expert noted that the benefit would be potentially enough for some sand for the beach and some new ducks for the duck race every few years - not unimportant items.

In conclusion, it is clear that the "Wanakena Deer Fly Contest" could be the precursor to significant recognition of, and economic stability for, the Wanakena of the future. I believe we should grab this opportunity without hesitation for ourselves and our children."