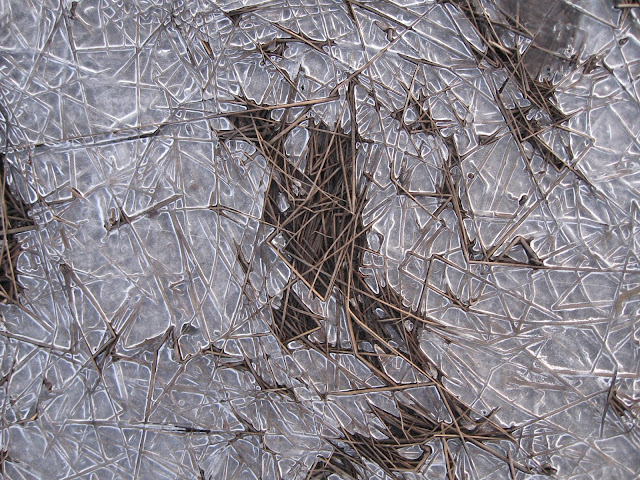 In an effort to “FLATTEN THE CURVE” Otto’s Abode will remain closed until further notice. This is our second week of being closed. We hope to re-open as soon as we can – can’t wait! We are a self-proclaimed Adirondack Art-Centric Travel Agency and Inconvenience Store – that bring said – at this point in time it is not exactly advantageous to be a travel agency. Or is it? Maybe now more than ever travel needs to be re-imagined. As far as the whole inconvenience store concept goes, although we do sell supplies and groceries, travelers aren’t coming around (hopefully) and a majority of our local Wanakener crowds mostly delve in chitter-chatter-over-coffee and guilty pleasures such as ice cream novelties and counter candy – unfortunately these types of activities disagree with the concept of social distancing – which we are strong proponents of at this time. A big chalkboard sign out-front reads: OF COURSE ART IS ESSENTIAL – BUT, DOING BUSSINESS RIGHT NOW IS NOT. We’ve still got the PRINCE AND THE REVOLUTION tape playing on a little TV in the window – 1985 LIVE at the Syracuse Carrier Dome. Todd Hardware in Star Lake remains OPEN. Stone Manor in Cranberry Lake is COOKIN’TAKEOUT. UBs in Oswegatchie is COOKIN’TAKEOUT. Twin Lakes Hotel in Star Lake is COOKIN’TAKEOUT. Otto’s Abode is like a fish tank that currently not many people can look into. And there are fish in there… just gotta wait for 'em to come out from behind a rock. Stay tuned.

Temperatures near 60 this past Friday with lots of rain and wind! BOOM! Down to 8 degrees Sunday morning. BRRR! Monday saw 30 and overcast. BLEH. Snow flurries Tuesday – enough to stick on grass, trees, cars, etc… and enough to get the Town of Fine snowplow back in town – THANKS! Cold nights, warm-in-the-sun days; feels like March. Blue Jay and Grackle Up blur the sky with flashes of black and blue - leaving the branch they once perched on jiggling in their abrupt departure. Up the Oswegetchie a beauty of a mini ice jam build-up phenomenon remains preserved in the cool shade. No more than a quarter mile up the trail the main route of the river snakes a sneaky side stream between an island and the mainland. When the ice “went out” last week the force and volume of the flow burped a slushie down into the stream bed. Enough to get it there but not enough to get it to pass through. There it sits like a jagged little glacier, slowly shifting, popping, freezing, thawing, nestled on the rocks, water trickling below. 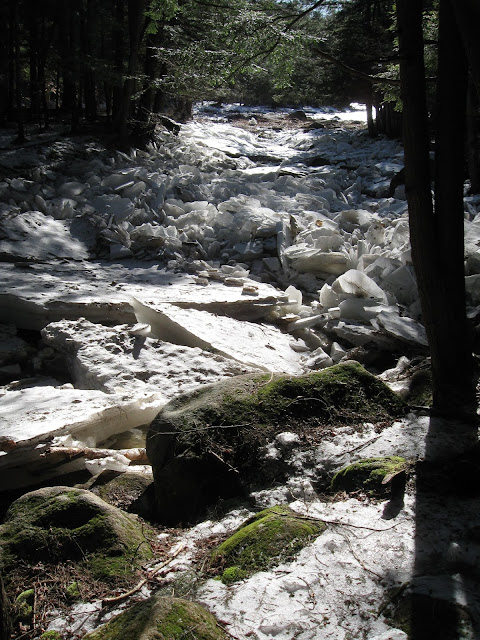 Spring Fling is annually held on the first Saturday after the first day of Spring. Because of Corona-virus/Covid19 the event was cancelled. Although, a ritualistic fire was lit and Spring Flag flew. It would have been a beautiful day for a party with friends and neighbors 'round the fire. When the dust settles you know we're going to make up for it. 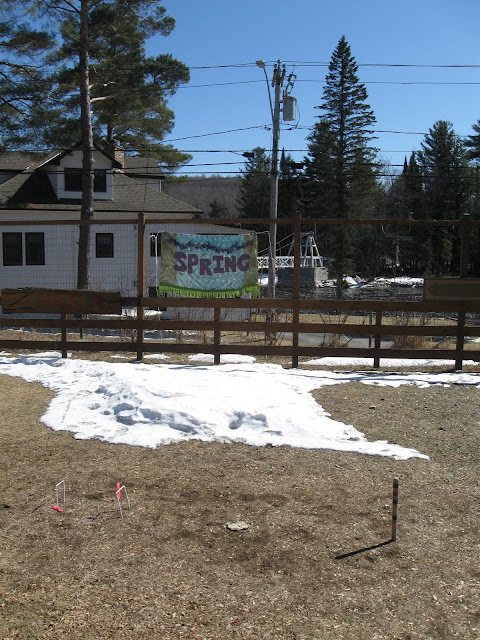 HONK HONK! Geese heard overhead in the dark last Thursday evening. And since then they have made themselves known and are here to stay. Wanakena's first seasonal residents seen bumping around town, perched on the remaining frozen river ice, mucking it up at the beach. Maybe a dozen geese in all. This is not a picture of the geese: 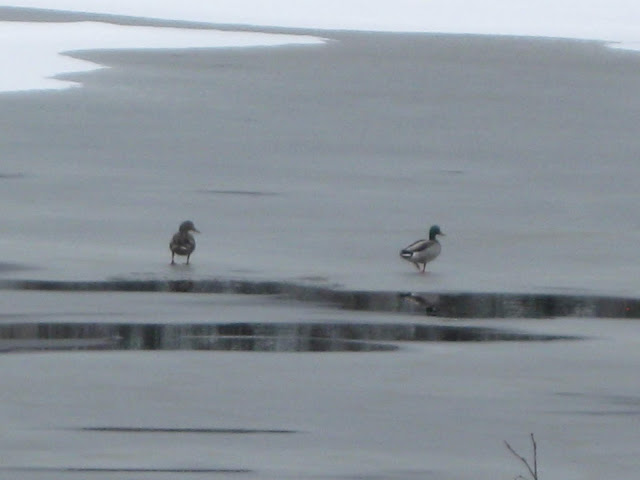 ***IT HAS MOVED! *** This past spring a storm blew over a large hemlock on the south shore of the Oswegatchie – halfway between the carbridge and the footbridge. The tree fell north into the river and laid there half submerged all summer. It didn’t cause any harm. Though the ice jam on Jan 14th wouldn’t be described as “big” or “crazy” it was enough to dislodge the tree from its resting place and carry it down to its new resting place directly below the footbridge. It has been resting there ever since. When they ice WENT OUT last week it didn't move the tree and it was figured to be a new semi-perminant fixture underneath the footbridge. The water continued to rise and rush enough to move the tree about fifty yards down-river just out of the boat channel! It's quite a perfect place for it, actually. A nice new island a stones-throw from the footbridge. It will be sure to attract critters; the geese sure know it's there! 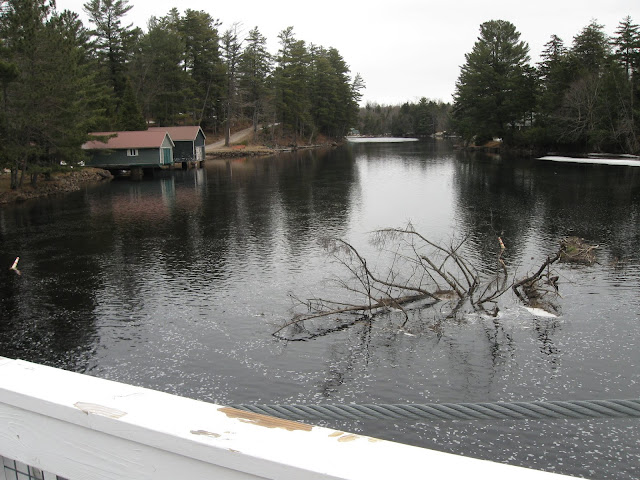 Driving down Route 3 approaching Wanakena one might be so inclined to do a double-take and wonder to themselves: “Huh, has that always been there?” Approaching the turn down Route 61 to Wanakena, effortlessly positioned among the small cluster of highway signs (“WANAKENA” “POST OFFICE” “RANGER SCHOOL”) A brand spanking new brown and gold sign reads: “WANAKENA CHURCH HISTORIC SITE”. Remember when Mike Hudson recorded a song using the church organ? 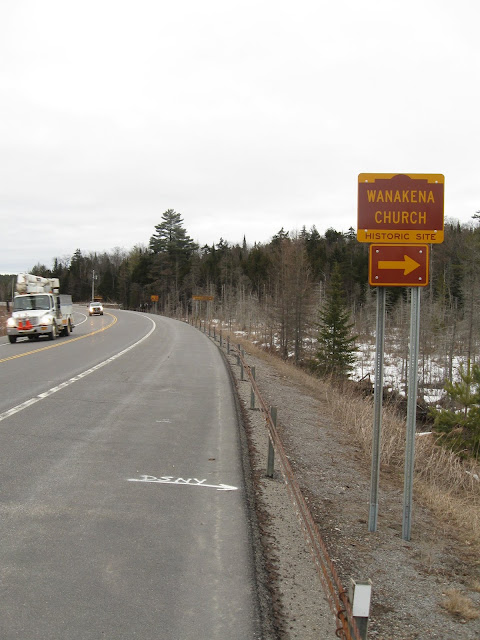 Some may recall that in 2019 it was declared: “THIS IS THE EARLIEST THE VILLAGE DOCK HAS EVER BEEN SET IN PLACE”. The River was wide-open, birds flocking, snow had melted; spring was here. Then, a couple days later… Patti P. calls and says: “Uh, the dock got hit with some ice”. As it turned out, the small bay south-east of the footbridge was still frozen and as the river level rose and the while no one was looking it POPPED the frozen disc of ice and BASHED into the dock dislodging it from its place sending brackets and poles into the dark water. Allen D. mentioned the other day he recalls seeing the large island of ice sail by his house down the river. The dock was able to be put back in place sans a few of the securing poles. A couple days ago Dave Z. rigged up a long retrieving device and Susan Z. was able to snag and drag a couple poles - with brackets! - out of the river. Great job! Now the water needs to raise a bit to get the dock off the rocks. 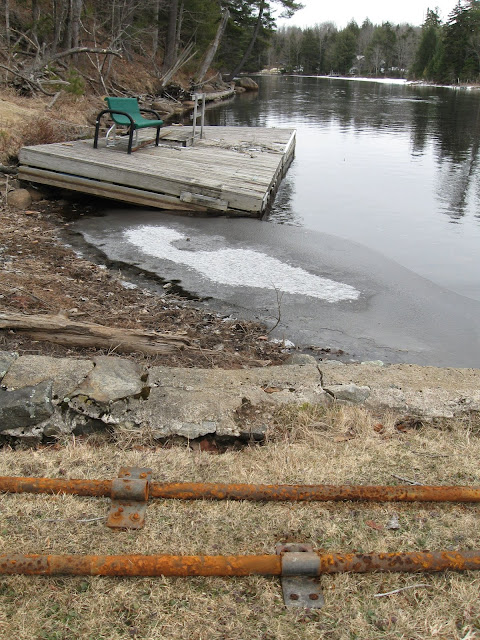 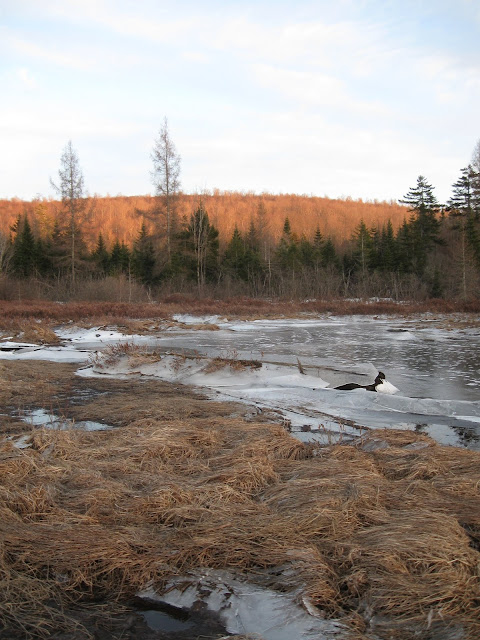 Kim’s Lost Dog Report: There are currently NO lost dogs in Wanakena.

A State of Emergency has been declared in St. Lawrence County effective Monday, March 16, 2020 through April 14, 2020 in conjunction with Coronavirus/Covid19. 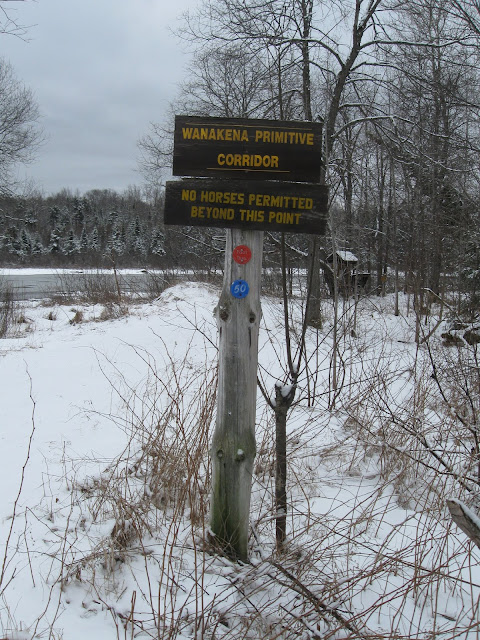