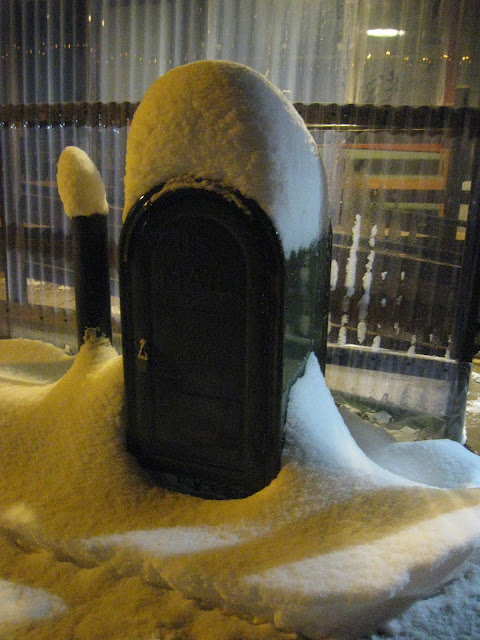 Reporting from downtown Wanakena, NY – a few miles north of which was affectionately described by wilderness activist Bob Marshall as “untrammeled couchsachrage” (we’ll let you look that one up) in his account of the area in 1922 (as read in Phil Brown’s recent publication of a robust collection of Marshall’s Adirondack writings). We’ll note - Marshall jotted those words down in July.

“For most of the year, however, these deciduous stands are leafless and gray. The boreal forest is dark and cold; its constituent species of plants and animals adapted to survive long months of winter when lands and lakes are frozen and the sun appears above the horizon for only a few hours each day”

Far from July, this description by Ann and Myron Sutton taken from their Introduction to the Audubon Society’s Eastern Forest Nature Guide paints a more accurate picture of where we stand now – even though it was 60 and sunny the day before our recent foot and a half of snow, and forecasts predict 50 and rainy later this week with more snow and cold on its way after that.

Who are we kidding? It’s not even winter yet. That being said - folks who have been around here a lot longer than we have say it’s just not nearly as cold and snowy as it used to be and as dismal as that sounds we won’t discuss climate change in depth at this time. For now, among the many issues faced all over the world, we’ll just hope this winter is nothing like the last.

Along with hope, in the face of uncertainty, we aim to practice and promote taking steps in the right direction and follow down a path created over millennia by the inhabitants of this untrammeled couchsachrage – and the rest of the world - which we are all a part of and responsible for. We must work for and with Nature rather than against it. Let us better understand ourselves and each other, teach and learn the differences between right and wrong, love and hate, and let beauty – in whatever form it takes - spread like an aquatic invasive species (love = good; Eurasian water milfoil = bad).

So before the winter season moves in for the long haul (hopefully) we’d like to say cheers and thank you to all who have joined us along the way this past warm-weather season and welcome all who have yet to as we continue to promote the positive force we strive to be.

And as we originally set out to do through this writing we present to you our first seasonal update describing some things we are proud to have recently been a part of:

Otto’s Abode hosted and invited local and not-local artists to spend time to share and exhibit their work and ideas. Some work was presented in frames on walls, some was spoken word, some was both and some was neither. Otto’s Abode is currently accepting project proposals.

Otto’s Abode linked-up with Irish Hill Farm and friends – on summer Saturdays they setup shop out-front and provided their fresh-picked produce and baked goods. One weekend they hosted arts and crafts indoors.

Otto’s Abode provides ice, newspaper, snacks, doorstoppers, cold drinks, hot coffee, shoe laces, wine bottle openers, a public bathroom, a front porch to kick your boots off on, ice cream, hiking directions, and frequently information on where to eat and where to sleep. We’ve just partnered up with regional co-ops and provide organic and non-gmo necessities alongside as the oh so necessary junk food fix.

All for now - stay tuned,